Online version of an exhibition from the University of Leicester Special Collections on the life and work of Reg Cartwright, award-winning Leicestershire painter and illustrator, and his wife Ann, author of many successful children's books.  The exhibition ran from 6 September 2013 to 6 January 2014.

The University of Leicester and World War I

The First World War has an important place in the history of the University of Leicester. From 1914-1919 the site now occupied by the main campus was used as a military hospital. This exhibition tells the story of the hospital and explains how the origins of the University are rooted in the Great War.

This exhibition explores the life of school pupils in the 19th century and changes to the school system throughout the century.

From its core infrastructure, newly built schools reflected 19th century thoughts towards the function and purpose of the institution; their architects recognised the link between the physical building and its effect on pupil experience and learning.

Alongside these changes, the nineteenth century saw a re-evaluation on school management and pedagogy. Constructs such as the Monitorial System and the adoption of pupil teachers highlight their determination to reassess and improve teaching styles.

The effect of such changes had a measurable impact upon pupil experience, resulting in changes to the pupil’s learning, and their relationships with teachers.

School life was not all hard work and no play however, with the rise in childhood toys and games throughout the century providing light relief for the young. However many of these games still retained elements of education and moral instruction!

The History of Museums

Museums are places which seem so ingrained into the fabric of our society, that many would not give their origin or purpose any serious consideration. However, these institutions are much more complex than we can first imagine. They are a living building which is adapting and changing as needs and demands arise. They educate. They entertain. They amaze us.

This resource aims to inspire questions and deeper thought about museums. It will look at four key factors:

Each factor will have numerous case studies with primary documents from the collection to help highlight the more complex nature of these institutions.

Women in Our History

Through exploring the University Archives, this Special Collections exhibition celebrates the significant role women have played in shaping the University's history, from its foundation to the present day.

From newspaper articles and photographs, to student report cards and correspondence, the Women in Our History exhibition highlights both the day-to-day and the larger scale impact of women's contributions to University life and beyond. 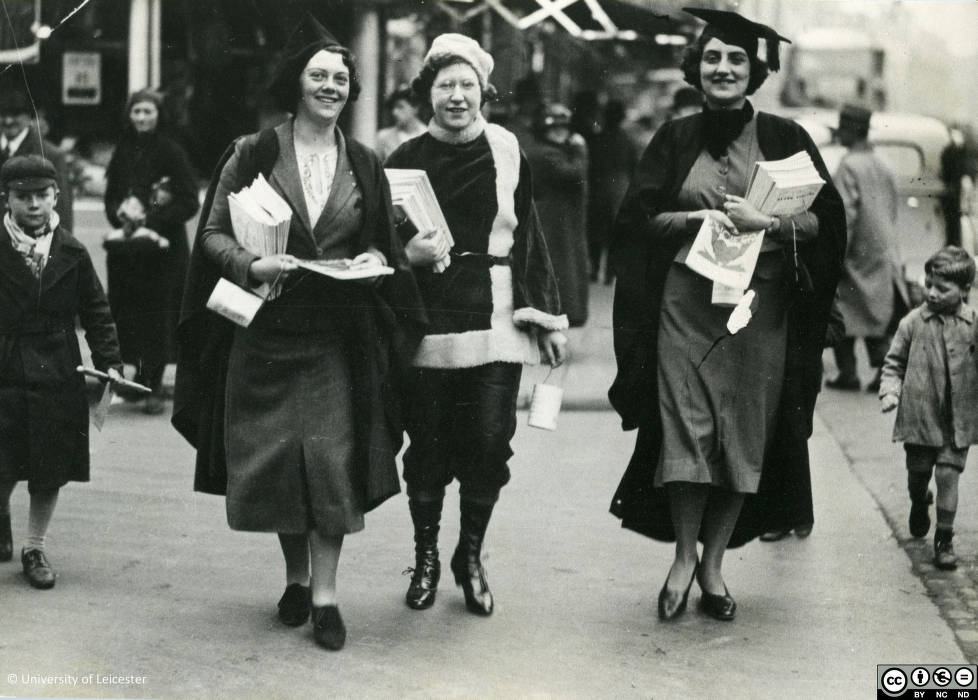 This exhibition looks at various aspects of the post-war history of Leicester. It is based on the project 'An Oral History of Post-War Leicester 1945-1962', which was funded by the Heritage Lottery Fund and conducted by the East Midlands Oral History Archive (EMOHA) and a team of volunteers.

This website was created by the East Midlands Oral History Archive with help from volunteers.

The Victorian Studies Centre at 50

In the 1960s, Victorian culture was widely derided. Victorian buildings faced demolition and the works of many authors of the period had fallen into neglect. The Victorian Studies Centre at the University of Leicester was founded against this climate of modernism, rejuvenating British scholarship on the nineteenth century.  Born following the establishment of the Victorian Studies program at Indiana University in the United States, it was the first centre of its kind in the United Kingdom. 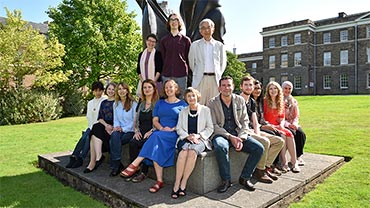 The Centre began as an informal Victorian Studies group in 1960, under the guidance of Dickens scholar Philip Collins and the urban historian H. J. Dyos. In 1966, thanks to a generous grant from the Leverhulme Trust, the Centre and its MA course were established within the Faculty of Arts. As suggested by the varied interests of its staff, research and teaching in the Centre approached the Victorian period from an interdisciplinary perspective, incorporating literature, economic and social history, urban history, and the history of science. Teaching began in 1967, with a curriculum based around two broad themes: the city and religion.

The MA programme and research at the Victorian Studies Centre today continue in the interdisciplinary tradition of its founders. Attracting scholars from across the world, the staff and students in the Centre examine both the dramatic and intimate changes in industry, science, lifestyle, and social mores, as well as the literature and art that shaped and reflected Victorian life.

This exhibition displays themes that exemplify the research of the Centre: Dickens, the city, women, and science. It contains some of the most significant Victorian items in the library’s special collections, such as the original serial parts of Dickens’s Martin Chuzzlewit and an early edition of Darwin’s On the Origin of Species. Alongside these items are displayed some less well-known examples of Victorian print culture important to the work of current PhD students and staff, including many Victorian periodicals from the library’s extensive collection. Finally, the exhibition includes recent works published by staff in the Centre.

Together, these items demonstrate not only the richness and variety of Victorian culture but also the Centre’s diverse approaches to the study of this fascinating period. The physical exhibition on which this online display is based ran from 22 November 2017 to 9 March 2018.

Since the early 1920s, an extensive number of rare books, photographs and archives have been donated to our University library. In order to have a better understanding of these collections in the Library’s history, this exhibition focuses on four collections which were donated between 1920 - 2005:

SHAKESPEARE’S SOURCES AND TEXTS AT THE SPECIAL COLLECTIONS

This online exhibition is one of the outputs of an archival  research project that looked into the copies of books which have inspired Shakespeare to write his plays and poems and which are held in the David Wilson Library at the University of Leicester. The main aims of this project are thus to highlight the connections between Shakespeare’s work and the works of others and showcase some of the rare items held by Archives and Special Collections.

One of the main responsibilities of Archives and Special Collections is to gather and preserve rare manuscripts and books printed before the era of mechanised press (up to 1850). Among these collections, we find copies of works which Shakespeare must have read and/or known. Some of these items date back to Shakespeare’s own time or before. Others are copies printed in the centuries that followed, which also attests for their enduring importance and appeal.

This project would not have been possible without the support of the University Library management and the Special Collections' amazing staff. Our heartfelt thanks to the CITE's Director, Mr Phil Horspool, for his encouragement and support. We are also grateful for the help we received from the Head of Research at the Shakespeare Birthplace Trust, Rev. Dr Paul Edmondson, and the SBT Librarians, who kindly gave us access to their amazing collection of rare books.

The images in this exhibition come mostly from items in the University of Leicester Archives and Special Collections; unless otherwise stated. Images of other relevant items are courtesy of the British Library and the Shakespeare Birthplace Trust.